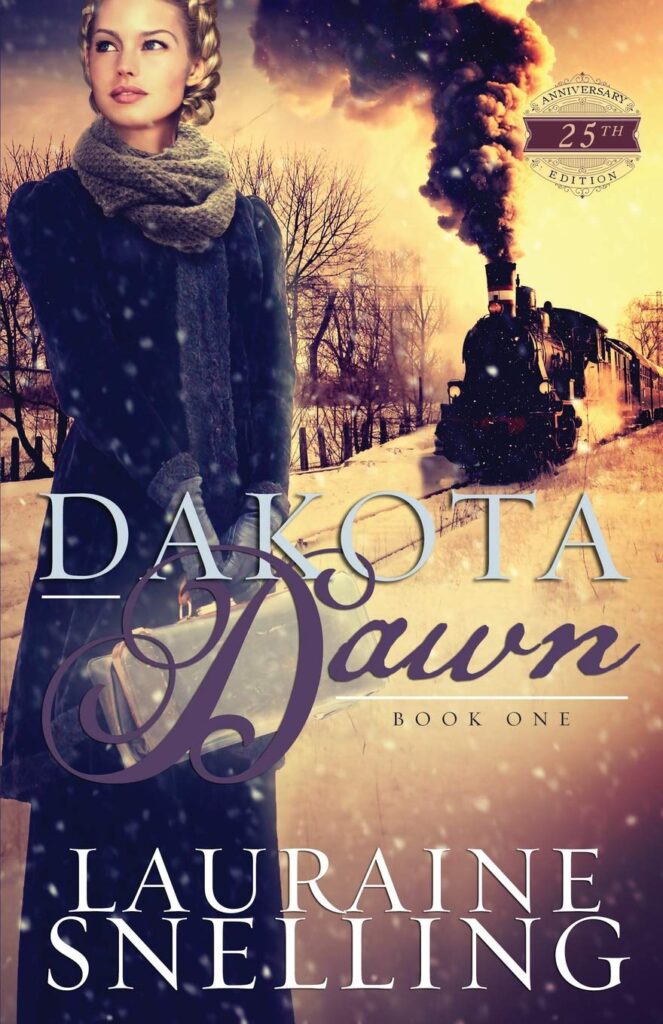 When Nora Johanson hears the conductor’s words, her heart begins to race. At last she will be in the arms of the man she promised to marry—Hans Larson. At fifteen, she was so sure of their love. Now, three years later and far from the mountains and fjords of her beloved homeland, Norway, she wonders. . . .

When Hans fails to arrive at the train station, Nora finds herself thrown into a life she never expected– with Reverend and Mrs. Moen, and Carl Detschman, a grieving German immigrant.

Was this really what God had planned for her?

Dakota Dawn is the first book of the Dakota Series that features the intertwining lives of five inspiring women, all who live in the early 1900s in the farming community of Soldahl, North Dakota.