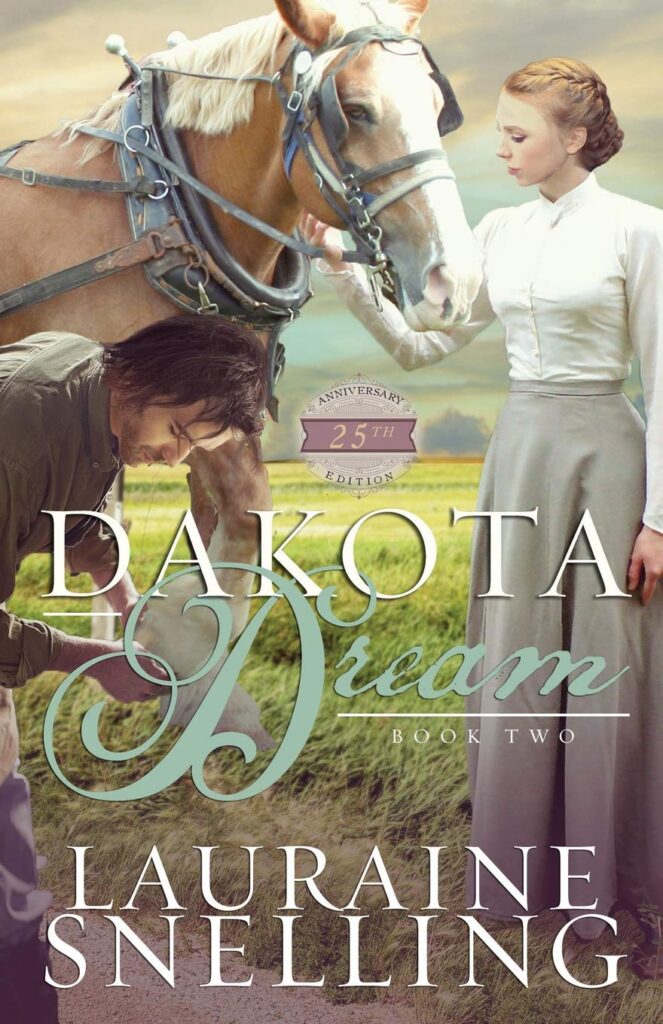 “I came to America expecting to be married.”

Clara Johanson has a ticket to America and a photograph of a blond, curly-haired, blue-eyed man to prove her point. But when she arrives in Soldahl, North Dakota, the man who meets her at the train station, Dag Weinlander, is definitely not blond and, to make matters worse, he obviously hasn’t bathed in days! At least she knows she will see the joy in her sister’s face when she surprises her by arriving at her Soldahl home.

As Clara begins her unexpected life as a single, Norwegian immigrant, she experiences the truth of God’s Word that “weeping may endure for a night, but joy cometh in the morning.” Along the way, she helps others, even Dag Weinlander, experience that truth too, as she steps into a new Dakota Dream far different than the one that brought her all the way from Bergen, Norway.

Dakota Dream is the second book of the Dakota Series that features the intertwining lives of five inspiring women, all who live in the early 1900s in the immigrant community of Soldahl, North Dakota.