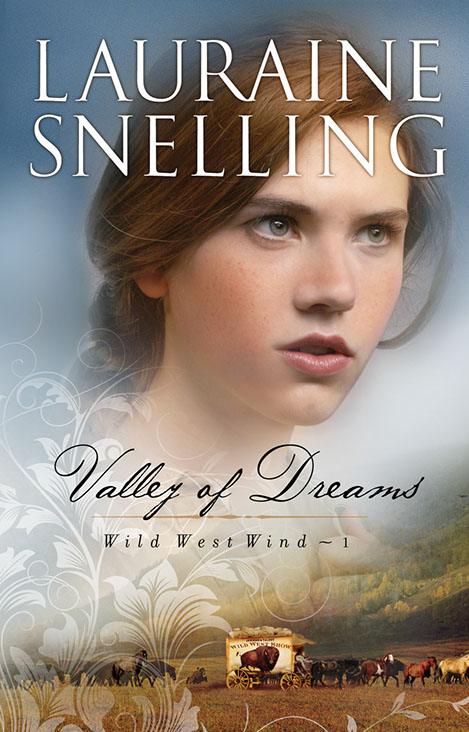 Cassie Lockwood’s mother died when she was little, so Cassie traveled with her father’s Wild West Show and became an amazingly skillful trick rider, likened by some to the famous Annie Oakley. When her father died, she continued to work with the show, having nowhere else to go.

Now Cassie has discovered that “Uncle” Jason, the show’s manager, has driven the show into debt, and he’s absconded with what little money was left. Devastated, Cassie decides to try to find the hidden valley where her father had dreamed of putting down roots. She has only one clue. She needs to find three huge stones that look like fingers raised on a giant hand.

With Chief, a Sioux Indian who’s been with the show for twenty years, and Micah, the head wrangler, she leaves both the show and a bundle of heartache behind, and begins a wild and daring adventure.